* All measurements of the Beetle Chair are approximations.

The Italian Danish duo GamFratesi created a fascinating, comfortable conception, inspired by the organic form of the beetle. With its curved form and graceful contours, the elegant counter chair allows flexibility and comfort. The robust frame cradles the sitter from back to seat while striking an alluring silhouette. Long, sleek, cone-shaped metal legs garner the feeling of lightness to the design. The naturalness of the shape makes the Beetle Chair perfect for customization, and various possibilities.

Meant for kitchen and open counter settings in the home, the Beetle Chair unthinkingly also fits in well with office or hospitality environments. The seat and back are made of fiberglass shell, fully upholstered in a wide range of colors and materials. The base is available in Black or Gold powder-coated steel. 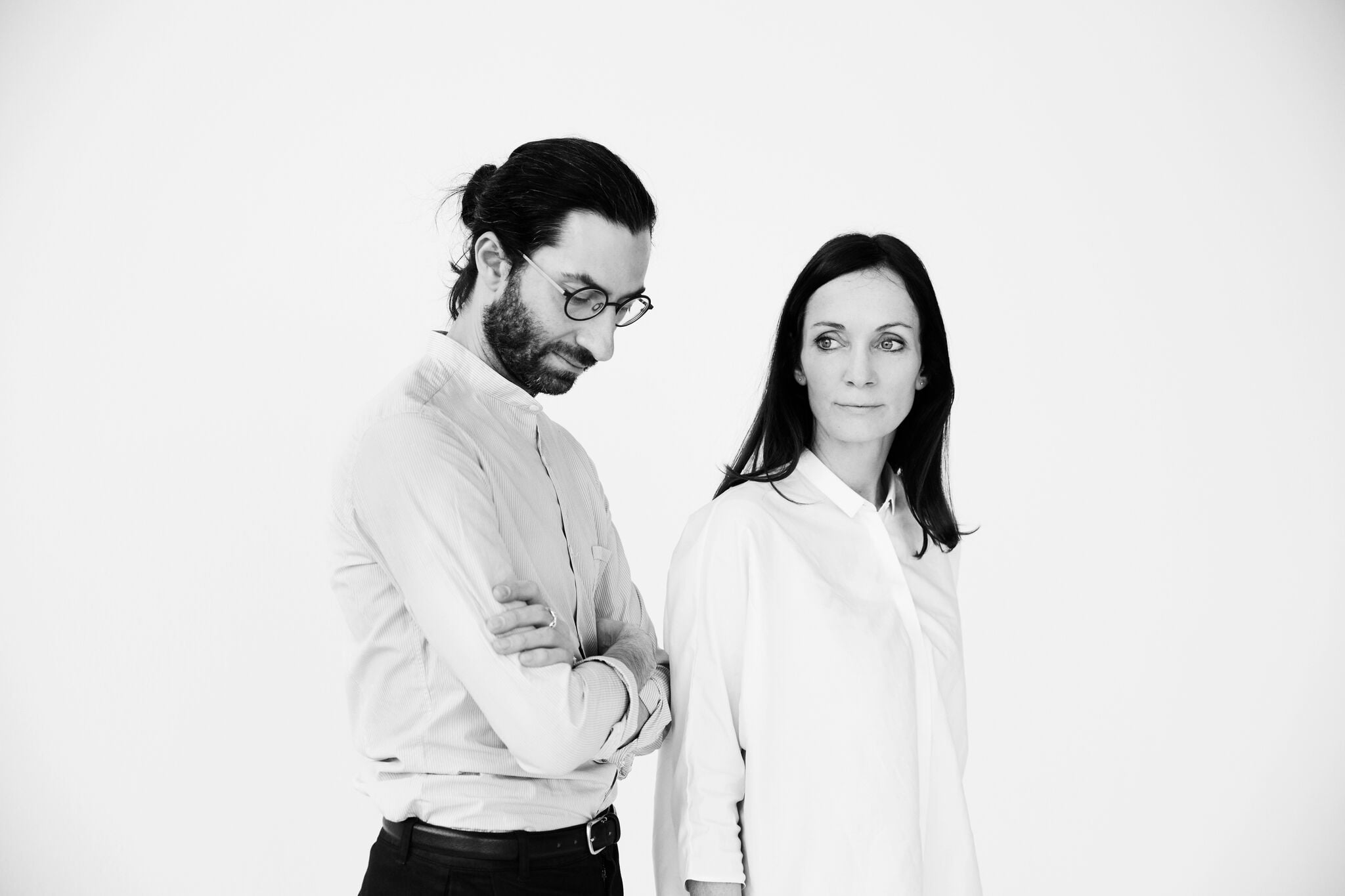 From Pesaro, Italy, Enrico Fratesi studied industrial design at the University of Florence and the University of Ferrara, graduated in 2007. Stine Gam, a native of Copenhagen, studied furniture design at the Aarhus School of Architecture, graduated in 2006.  While Gam was an exchange student in Italy in 2004, they met, and together they settled in Copenhagen, where they established GamFratesi studio, focused on interiors and furniture. Their differing backgrounds allow them to alter between two design perceptions – Italian intellectualism and Danish simplicity  – with a fluidity that shows in their designs. The cultural intersection has provided steady inspiration for the artists and become a throughline in their conception, in which comprehension of tradition allows them to venture while remaining invested in Scandinavian functionalism and craft. Considered furniture architects, Gam and Fratesi accentuate artisanal details while remaining focused on utility, story, and concept. Within a body of work that tends to amaze is the Beetle Chair, inspired by the movement and appearance of the signature insect.
Reviews (10)