* All measurements of the Nelson Platform Bench are approximations.

The Nelson Platform Bench (1946) was originally designed for his own office for George Nelson wanted something just as utilitarian as it is attractive. He had hoped that the slatted top would discourage visitors from sitting too long. Nelson’s insistence on “honest” design combined with his architectural background has reflected on this landmark of modern design. The Nelson Bench is ideal for private homes, office buildings, or common areas and can be linked together to create a long bench or an expanded table.

Solid wood slats are separated to let the breeze and light shine through. The edge is finger-jointed for high-caliber strength. The base is made of solid wood with an ebony finish. It is available in three lengths with natural oak finish. Nelson Bench can be used as either a seating place or a surface. 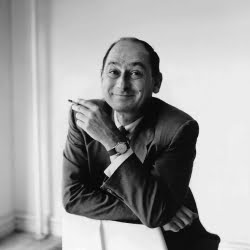 George Nelson (1908-1986) was, together with Charles & Ray Eames, one of the founders of the American Modernism movement. We like to think of George Nelson as "The Creator of Beautiful and Practical Things". George Nelson was of a generation of architects who found too few projects and turned successfully toward product, graphic and interior design.Based in Rome, Nelson met several of the pioneers of modernism while traveling in Europe. Upon returning to the US some years later, he turned to writing. Through his writing in "Pencil Points", he introduced Walter Gropius, Mies van der Rohe, Le Corbusier and Gio Ponti to North America. At "Architectural Forum" he was a first associate editor (1935- 1943) and later consultant editor (1944-1949). He defended, sometimes ferociously, the modernist principles and irritated many of his "industrial designer" colleagues who, according to Nelson, bowed too easily to the commercial forces in the industry.
Reviews (10)