In collaboration with Charlotte Perriand, Le Corbusier experimented with wrapping inner tubes from tires around the steel frame. The LC7 Swivel Chair is a refined, sensual product that took form. The padded seat is topped with a curved, lavishly padded pipe that doubles as an armrest and backrest. Le Corbusier believed that chairs were a form of architecture and this piece expresses his unique approach to modern design, combining functionality and harmony in a single piece.

The LC7 Swivel Chair is a practical and beautiful piece. Stainless steel is used for the frame to ensure durability. It has been nicely polished to prevent rusting and chipping. Genuine aniline Italian leather is upholstered for the backrest, seat, and armrest. Together, they create the ultimate experience of relaxation. Minute details have been taken care of such as the steel joints which have been welded and sanded to remove imperfections. The LC7 Swivel Chair is visually stimulating and luxuriously comfortable. It is a fascinating example of the genius vision of Le Corbusier. A unique monument of the modern era, the LC7 Swivel Chair invigorates any room it is in. You can use it as an accent piece, a relaxing lounge in front of your counter, or a dining chair. 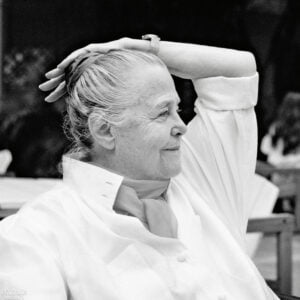 The French designer is known for iconic 20th-century furniture, such as the LC “Fauteuil Grand Confort” set of Modernist living-room furniture that includes a chair, two sizes of sofas, and an ottoman, one of many collaborations with Le Corbusier and his cousin, Pierre Jeanneret.In 1927, at the age of 24, Charlotte Perriand designed a rooftop bar for the Salon d’Automne that drew the attention of Le Corbusier. Upon seeing the anodized aluminum and chromed steel furniture that Perriand had designed for the bar, the famed Corbusier invited Perriand to join the Le Corbusier studio. For the next 10 years, Perriand participated in the designs issued from the Le Corbusier studio, including the first tubular steel designs for systematized furnishings known as “Equipement intérieur de l’habitation” (1928–1929). Hard-edged and severely functional, the collection reflected strict ideas about moral and physical fitness. The best known of this group is the LC4 Chaise Longue. Perriand also collaborated with Le Corbusier and his cousin Pierre Jeanneret in the design of the LC2 and LC3 Collections (1928), which epitomize the International Style.After a decade with Le Corbusier, she stepped out of his shadow into a successful career of her own. 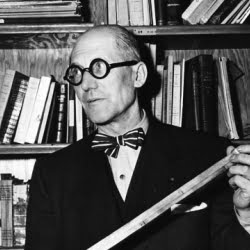 Accredited as one of the pioneers of what is now called modern architecture, Charles Le Corbusier was born in Switzerland in 1887. His influence as an architect, designer, urbanist and writer cannot be underestimated, touching and affecting numerous nations worldwide across Europe, America and Asia.Dedicated to providing better living conditions for the residents of crowded cities, Le Corbusier applied such ideology to furniture design. He was obsessed with creating pieces that truly take human shape, form, and behaviour into consideration, recognizing the deep relationship between proportion and harmony. This ideology and an application of architectural genius are both evident within Le Corbusier’s furniture.Awarded the prestigious Frank P. Brown Medal and AIA Gold Medal in 1961, a celebration of Le Corbusier’s work is best summed up by his portrait featuring on the 10 Swiss francs banknote. His work is visible and showcased on an international scale, with the National Museum of Western Art, Tokyo and the Museum and Gallery of Art in India actually designed by this forefather of Modernism.
Reviews (11)