* All measurements of the Flag Halyard Chair are approximations.

The idea for this chair was envisioned by Hans J Wegner while he was on the beach near the end of the 1940s. A “halyard” is a line that covers or hoists a sail. This reproduction version of the chair is using a textured flag line wrapped around the solid stainless steel frame creating a perfectly balanced modern industrial beauty. The wide-set and deep reclining frame are wonderful for a serene lounging experience, especially when pairing with the sleek and lustrous sheepskin throw and down feather-filled headrest.

This icon of original Danish design is a brilliant and unlikely combination of rope, steel, sheepskin, and leather that will maintain its eccentricity in mid-century modern furniture engineering. Using such different materials to play into their distinct textures is Wegner proving his ability to innovate, evolve furniture as we know it.

Furnish Plus produce this perfect blend of luxury and serenity using stainless steel with a powder brushed base. Headrest upholstered with Italian Leather of your choice in a selection of colors. 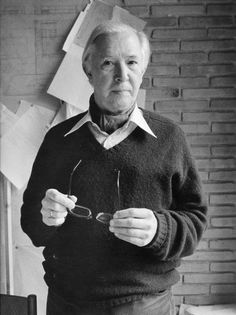 Hans Jørgensen Wegner, (April 2, 1914 – January 26, 2007), was a world-renowned Danish furniture designer. His high quality and thoughtful work, along with a concerted effort from several of his manufacturers, contributed to the international popularity of mid-century Danish design. His style is often described as Organic Functionality, a modernist school with an emphasis on functionality. This school of thought arose primarily in Scandinavian countries with contributions by Poul Henningsen, Alvar Aalto, and Arne Jacobsen.In his lifetime he designed over 500 different chairs, over 100 of which were put into mass production and many of which have become recognizable design icons. Wegner worked for some time for Arne Jacobsen, a successful Danish designer. Wegner was in charge of the furniture in the Aarhus Municipal Hall, which Jacobsen designed. After some years under Jacobsen, Wegner started his own company. Along with fellow architect BørgeMogensen, he designed furniture for FDB (a Danish chain of grocery stores), spearheaded by Erik Kold – who founded an organization of Danish furniture makers that launched Danish design abroad. In his later years, Wegner became more attached to PP Møbler (which produces many of the pieces originally designed for Johannes Hansen) and for whom he designed several chairs late in his life.He remained active throughout his life. An example of his later work is the “Hoop Chair”, originally designed in 1965 with a steel tube base and finally put into production made entirely in wood in 1985 (for PP Møbler). Wegner retired from public life only in the last decade of his life.
Reviews (37)