* All measurements of the Norman Cherner Side Chair are approximations.

One of the most iconic pieces of mid-century furniture is the shapely and classic Norman Cherner Side Chair. This molded plywood chair offers not only everlasting appeal and dramatic sculptural beauty but also exceptional structural strength and comfort beyond your expectation. Generous seating and an incurvated backrest widest at the shoulder, supported by tapered legs. Four coats of natural finish lacquer are applied for the final touch.

Minimalistic as it may be, this sculpture of a stool is sustainable and designed to last. The Cherner Chair’s natural, contoured shape allows the body to relax easily, making it a perfect addition to any home, hospitality, or office setting.

More side chairs on Furnish Plus. 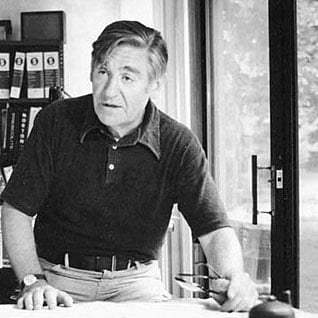 Norman Cherner (1920–1987), was a trailblazer both in prefab housing and molded plywood. He taught and before that, studied at the Columbia University Fine Arts Department and was an instructor at the Museum of Modern Art in New York (1947 - 1949). Here he also delved into the Bauhaus movement, began a lifetime exploration of multidisciplinary design, from toys, lighting, glassware, shelving, and furniture to his innovative work in economical prefabricated housing. Early in his career, Cherner envisaged houses as a total design concept and designed low-cost furniture particually for these affordable modular dwellings. One of his first prefabricated houses was designed, produced, and assembled (1957) for the U.S. Department of Housing. After being exhibited in Vienna, it was moved back to Connecticut and uncrated to become his first studio and home. The molded plywood seating line is what Cherner is best known for.
Reviews (9)

9 reviews for Norman Cherner Side Chair