* All measurements of the Florence Armchair are approximations.

The linear design of Florence’s Armchair has a strong visual presence. Designed in 1954, the high-quality construction provides not only an elegant look but also great seating comfort. The American-born designer and architect put emphasis mainly on functionality, creating pieces to meet the needs she believed furniture must resolve. Her designs are created in order to relate to the architecture of the space and integrate with the environment they are placed in. The sleek silhouette of the Armchair provides a sophisticated accent in the office or home.

FurnishPlus produces this popular classic in cashmere, top-grain, aniline, and vintage leather upholstery in a range of colors with the button detail of the original. The legs are made from stainless steel. 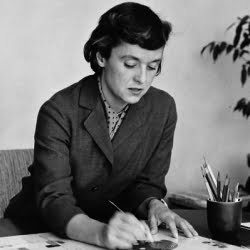 Famed for her architecture and modern furniture designs, Florence Knoll achieved huge commercial success with her minimalist yet interactive style. Born in Saginaw, Michigan in 1917, Knoll graduated from Kingswood School before studying at the Cranbrook Academy of Art. In 1941, the American designer briefly worked with and became influenced by the leaders of the Modernist Bauhaus movement.Florence Knoll felt architects should naturally contribute their design ability to furniture, a relationship which is evident throughout her works. Knoll’s American interpretation of minimalism created furniture pieces that became design icons of the 20th century.The interior of the CBS Building in New York City stands as one her crowning projects, whilst Knoll’s furniture has exhibited on numerous occasions at MoMA. In 2002, the American designer was awarded the prestigious National Medal of Arts, recognition as one of the most outstanding designers of her generation.
Reviews (7)