Womb chair is a masterwork of famous designer Eero Saarinen that was designed in 1948 upon the request of renowned architect Florence Knoll. Florence was bored with the traditional long chairs and was looking for something more flexible and comfortable. Hence, the chair was designed to provide comfort with the touch of sophistication.

“It was designed on the theory that a great number of people have never really felt comfortable and secure since they left the womb.”

The mid-century classic Womb Chair not only has mesmerizing beauty but also holds distinctive features. The chair comes with soft padding supported by a titled backrest that adds to the highest comfort. The chair is made of foam along with a robust fiberglass shell and the legs are made of steel. The chair also comes with an extremely comfortable ottoman which is also made of foam and cushion over the stand of plywood.

The artistic design of the chair has modern features to provide the highest comfort and luxury. A Womb Chair can add charm and beauty to any place. As Saarinen designed the chair to be of the finest quality, the features and standards of the chair have been carried out for generations. The chair comes in a range of elegant colors. 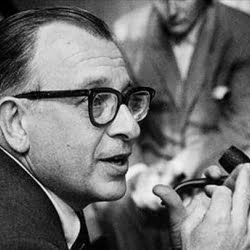 Eero Saarinen (August 20, 1910 – September 1, 1961) was a Finnish American architect and industrial designer of the 20th century with a simple, sweeping, arching structural curves or machine-like rationalism style. He believed that his clients were “co-creators,” which led him to adjust his approach to design according to what they wanted instead of strictly adhering to his aesthetic. Saarinen first received critical recognition, while still working for his father, for a chair designed together with Charles Eames for the "Organic Design in Home Furnishings" competition in 1940, for which they received first prize. “The Tulip Chair” He also has other important pieces including the “Grasshopper” lounge chair and ottoman, and “Womb” settee. His work was present from bomb disassembly manuals to Time magazine to countless editorials.
Reviews (42)