* All measurements of the Noguchi Coffee Table are approximations.

About the Noguchi Coffee Table:

Designed by Isamu N., the Noguchi Coffee Table is a prime example of a seamless combination of simplicity and beauty. The transparent glass top provides a perfect view of the wooden base which is an architectural masterpiece on its own. The combination of the reflective glass and the sculptural interlocking wooden legs creates a distinctive piece of furniture.

Influenced by organic elements, render most of his designs pure, flowy and portray the essence of his inspiration. He is often referred to as “an interpreter of the East and the West.”  This is evident in the abstract nature of his creations and specifically this piece which as a result has made the Noguchi an iconic design of the 20th century.

Furnish Plus produces this design classic with a high-grade glass top 3/4″ (19 mm thick). The legs are available in three different finishes. 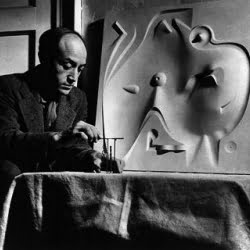 Isamu Noguchi, Born in California. Isamu Noguchi became one of the 20th century’s most critically acclaimed sculptors. He was apprenticed to sculptor Gutzon Borglam (the creator of Mount Rushmore National Memorial) before briefly attending Columbia University as a premedical student. His love of art prevailed and he left Columbia, instead of taking night classes at the Leonardo da Vinci Art School. After just three months he held his first exhibit of plaster and terracotta sculptures and later worked on commissions for portrait busts in addition to winning the Logan Medal of the Arts.During his fascinating lifetime, Isamu Noguchi had a brief affair with Frida Kahlo and was accused by the FBI of espionage, the investigation for which ended when the American Civil Liberties Union intervened.Primarily a sculptor, Isamu Noguchi also worked on other art projects - producing set designs for Martha Graham and Merce Cunningham, and creating furniture designs. In 1947 he joined together with George Nelson, Paul László, and Charles Eames. They produced a catalog of modern furniture which included the iconic Isamu Noguchi table. In 1987 he was awarded the National Medal of Arts.
Reviews (10)