* All measurements of the CH33 Dining Chair are approximations.

Designed by Danish design legend Hans J. Wegner, the CH33 Dining Chair expresses the organic functionalism of mid-century aesthetics. The light, graceful dining chair offers great comfort and stability. Also function as a sculptural addition to any room it is in, referencing the simple lines of the mid-century era.

Every part of the chair expresses gracefulness and timelessness. The elegant tapered legs are slightly splayed to make for a very robust construction signaling the stable structure. Wegner intends to highlight excellent craftsmanship with every little detail from the joints connecting the back legs to the backrest to the slightly bowed stretcher.

With its sustainable and versatile appeal, this contoured chair can complement a range of interior styling for generations to come.

Furnish Plus produces this iconic chair with ash wood in natural finishes with your choice of upholstery in soft Danish Cashmere or premium Italian leather. 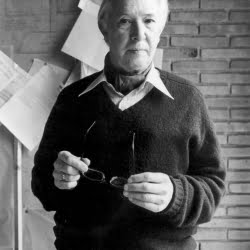 Essential to assisting the international popularity of mid-century Danish design, Hans Jørgensen Wegner was born in southern Denmark in 1914. Skilled as an apprentice cabinet maker, Wegner attended the modernist-influenced Danish School of Arts and Crafts and Architectural Academy in Copenhagen. Hans Jørgensen Wegner’s style and vision are often described as Organic Functionality, a modernist approach with an emphasis on functionality. The Dane’s legacy is celebrated for his landmark approach to designing chairs, experimenting with minimalist shapes and overlapping frames. In his own words, Wegner enjoyed ‘stripping the old chairs of their outer style and letting them appear in their pure construction.’ Wegner received several major design prizes for his work, from the Lunning Prize in 1951 and the coveted Grand Prix of the Milan Triennale in the same year to the Prince Eugen Medal in Sweden and the Danish Eckersberg medal. In 1959, he was impressively made Honorary Royal Designer for Industry by the Royal Society of Arts in London, whilst his work exhibits within MoMA in New York and the Die Neue Sammlung in Munich.
Reviews (6)