The elegant Armchair 2211 designed half a century ago by the acclaimed Dane Børge Mogensen comprises a sophisticated outlook with no compromise on comfort. Its geometrical, clean lines follow the simple, yet functional ideology innate to Danish furniture design. The trendy appeal of the design characterizes Mogensen’s ability to encapsulate that timeless charm in all of his work. The armchair is created with the notion of maximum comfort and its padded cushions are a great addition to the relaxation feature of the furniture.

FurnishPlus produces the Armchair 2211 by hand for maximum precision. The upholstery is made of quality top grain, aniline, and vintage leather, available in a range of colors, and the legs are of solid wood.

Born in Aalborg in 1914, Børge Mogensen played an intrinsic role in bringing Danish design to the forefront of international consciousness. Together with colleagues such as Arne Jacobsen and Hans Wegner, Mogensen created such new-found international respect for Danish furniture design. Mogensen’s simple and functional designs have enjoyed worldwide demand for more than half a century. His time spent as a cabinetmaker generated a self-respect towards traditional design values, however, the Dane subtly incorporated Modernist vision and styles to forge a popular signature blend. He was highly motivated by functionality and thrived towards engaging an interaction between his pieces and their users. This was vital to Mogensen and is evident throughout his work. Showcased in numerous museums and galleries worldwide, Mogensen’s career highlight was being awarded the title of Honorary Royal Designer for Industry in London, 1972.
Reviews (0)

Be the first to review “Borge Mogensen Chair” Cancel reply 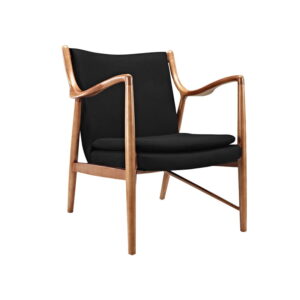 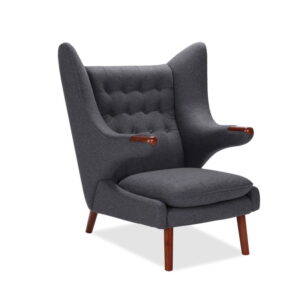 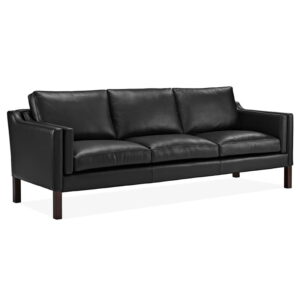 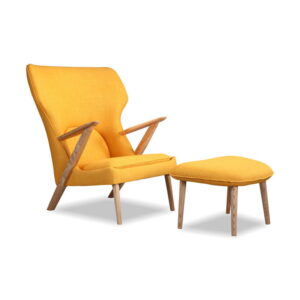