An adaptation of the Bertoia Side Chair, the Wire Bar Stool is part of the 1952 Bertoia chair collection, which also includes the Diamond Chair and the Wire Chair. A sculptor at heart, Bertoia focused on creating a series of chairs that were all made from bended wire rods. As he explained: ‘If you look at the chairs, they are mainly made of air, like sculpture. Space passes through them.’ The bar stool was an experiment in attempting to bring architectural design elements into business and entertainment, and remains a perfect addition to any sleek bar or sun-kissed terrace.

It may look light and airy, but the innovative Bertoia Wire Bar Stool is a strong and versatile addition to any home or bar, set at the perfect height for entertaining. Its striking design merges sculptural form with practical functionality to great effect. The unique bended metal rod frame is curved for comfort and comes with a removable Italian leather seat pad, available in black. The legs are made from powder-coated iron and fitted with shock absorbers for stability. The chair’s distinctive style lends itself to many uses, from elegant dinner parties to casual drinks. It can also be used outside, but should be kept out of the rain and stored indoors overnight. 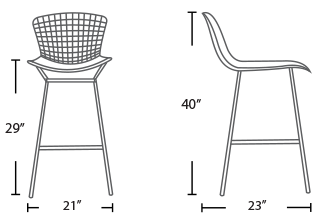 Harry Bertoia (1915-1978) was an Italian-born artist, sculptor, and modern furniture designer. At the age of 15 he traveled from Italy to Detroit and enrolled in Cass Technical High School, where he studied art and design and learned the art of making handmade jewelry. In 1938 he attended the Art School of the Detroit Society of Arts and Crafts. The following year he received a scholarship to study at the Cranbrook Academy of Art where he encountered Walter Gropius and Ray and Charles Eames for the first time. Opening his own metal workshop in 1939 he taught jewelry design and metal work. Later, as the war effort made metal a rare and expensive commodity he began to focus his efforts on jewelry making, even designing and creating wedding rings for Charles and Ray Eames. In 1943 he married Brigitta Valentiner and moved to California to work with Charles and Ray for the Evans Product Company. At this point they began to experiment with molded plywood under the auspices of their Plyformed Products Company.
Additional information

Be the first to review “Bertoia Bar Stool” Cancel reply 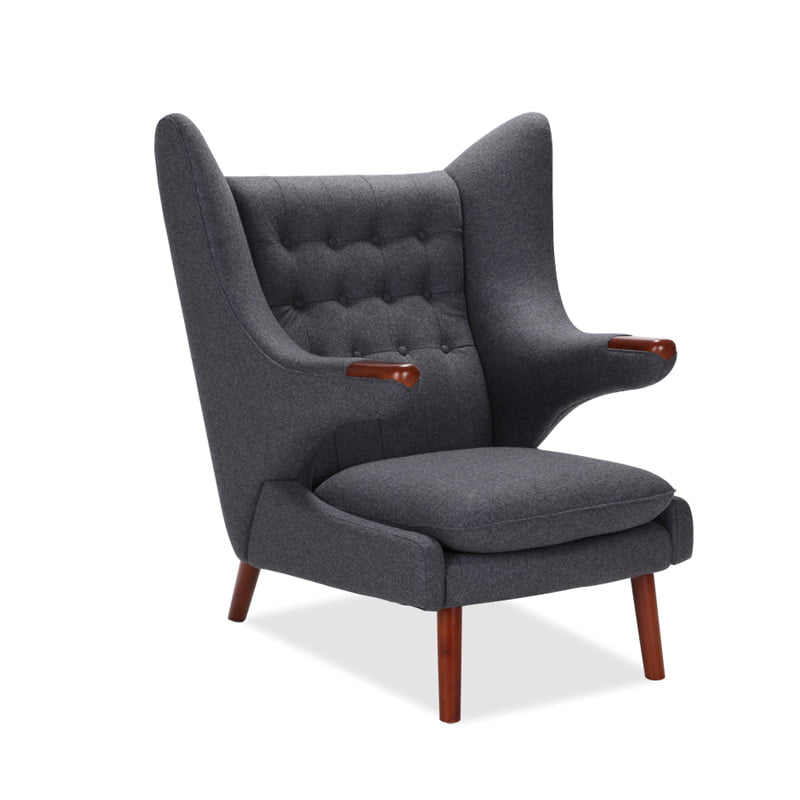 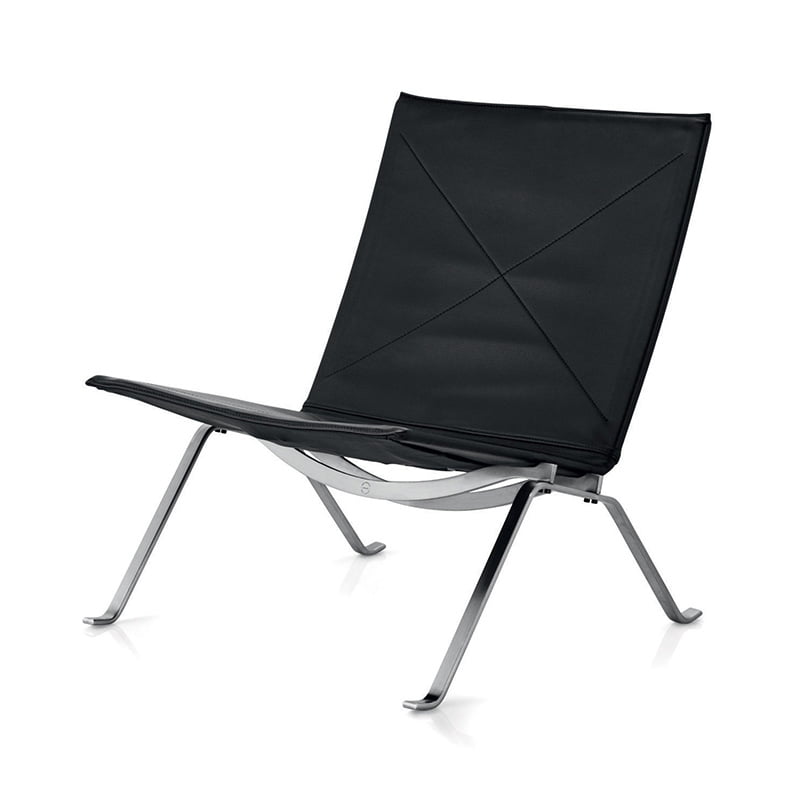 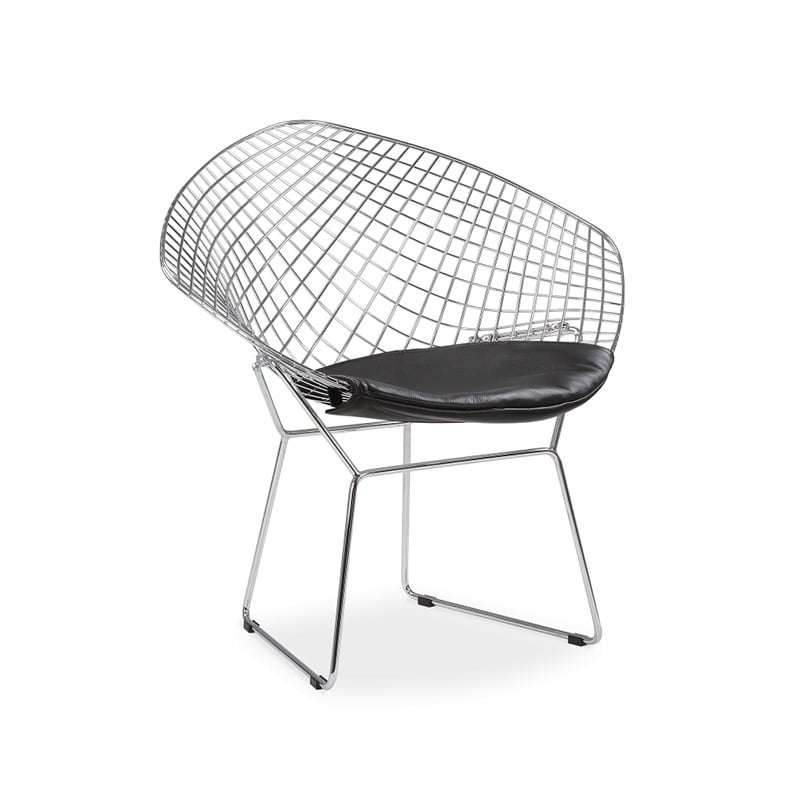 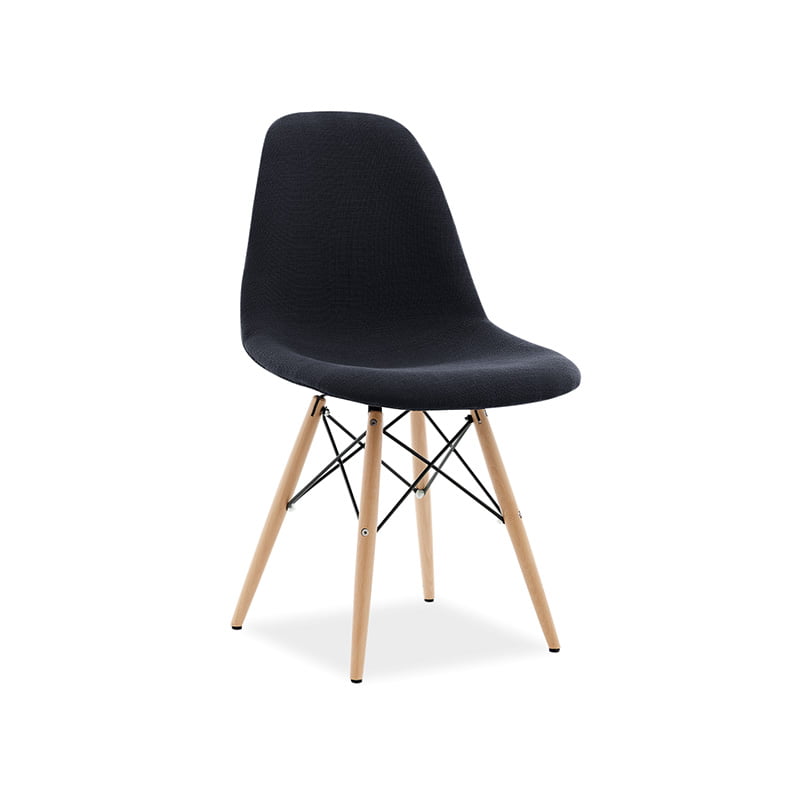